Imi Knoebel is one of the key members of a generation of German painters who collectively shaped much of the second half of 20th century’s art history. A student of Joseph Beuys at the famed Kunstakademie in Dusseldorf, Knoebel along with Blinky Palermo, Imi Giese and Gerhard Richter found early success on both sides of the Atlantic. Today Knoebel is unquestionably one of the most important figures in Europe and his works have been collected by museums throughout the world and by private collectors on every continent. Notable museum collections include DIA: Beacon, MoMA, New York, The Art Institute of Chicago, MOCA, Los Angeles, K21 Dusseldorf and Museo Nacional Centro de Arte, Reina Sofia Madrid. Major touring surveys of his work have been mounted at the Stedelijk Museum, Amsterdam, the Hambuger Bahnhof and the Neue Nationalgalerie, Berlin.

Like his close friend Palermo, Knoebel resisted the orthodoxy and shrewd sentimentality of Richter’s painting, or the narrative loading of Anselm Keifer. Instead his work prefers an architectonic robustness that speaks as much to Judd as to Matisse – and whilst colour remains the abiding fascination for Knoebel, it is the manner in which he constructs elaborate supports, both in wood and aluminium, the dimensional expanse and folded morphology of the structure that has set Knoebel aside.

Reims Cathedral. This extraordinary work in his signature red, yellow and blue was unveiled in 2011, on the occasion of the 800th anniversary of the cathedral’s existence.  One hundred years after the start of WWI, a further three windows were unveiled. The artist refused payment for both commissions, seeing his time, skills and labour and that of the Knoebel studio, as a personal contribution to German/French reparations.

Fox Jensen has been privileged to work quietly with Imi Knoebel since 2000, exhibiting both paintings and works on paper. We are thrilled to be once again presenting major paintings from multiple series, including the heroic Cut-Up works through to the intimacy of the Anima Mundi “portraits” and the newest series of shaped aluminium paintings seductively titled Big Girls. 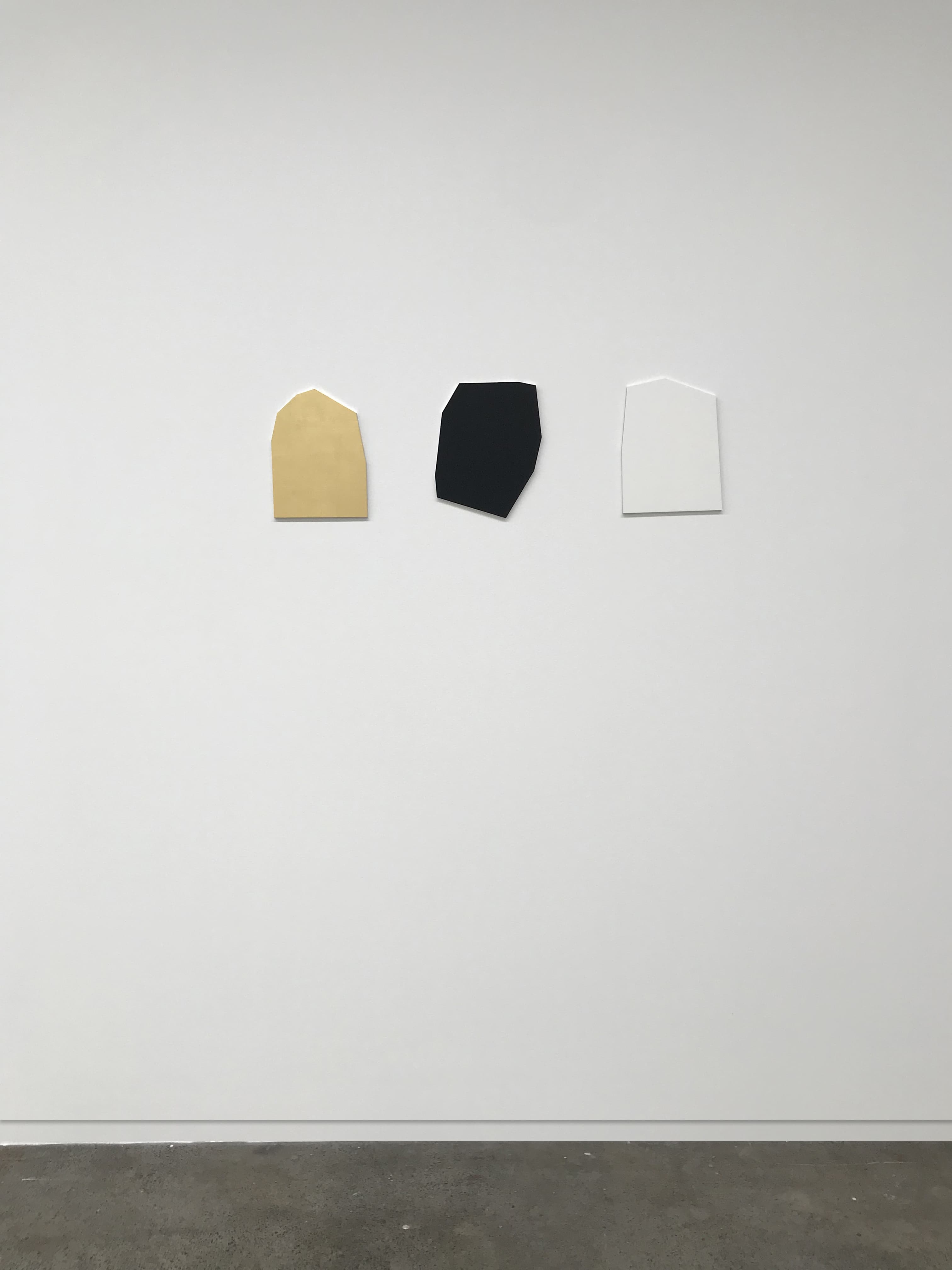