JUNE – PORTRAIT WITHOUT A FACE – SYDNEY

In 1989 Imi Knoebel painted his first Grace Kelly Portrait. For a painter whose fundamental vocabulary is colour, and whose approach to the architecture of the object tends towards the rectilinear and obdurate, making a painting that captures the gentle contour, beauty and elegance of American actress Grace Kelly seems a curious proposition. Yet Knoebel shared Matisse’s desire to “make colour sing” and in his unlikely juxtapositions of pigment, held within the proportions of a conventional portrait painting, he conveys so much more than the apparent restrictions that geometry and colour might allow. For Imi Knoebel is a highly sensual painter and one of character and emotion. He gives colour voice, the most communicative of characteristics. His Anima Mundi works continue something of this ambition. Intimate head sized chromatic studies of the face. The emotional temperature of each gridded arrangement is profoundly different as one face is from another. And though the linear contour is absent Knoebel gives colour form. More particularly his Face works begun in 2003 open the picture plane further to reveal a deeper, partially hidden character. Though we are seeing these faces for the first time they have coordinates that we recognise and apprehend. The map of any face is broadly shared and yet each is remarkable and unique. This animated series of Knoebel’s makes this idiosyncrasy and range apparent.

Like Knoebel, Tomislav Nikolic has a deep appreciation of colours capacity to elicit emotion. I have long felt that his paintings operate as portraits that radiate personality – sometimes demure, occasionally belligerent. Nikolic often uses the classical vertical proportions associated with portraiture and his occasional use of dramatic frames are fully implicated in the chromatic and physical structure of the work whilst also offering a gentle nod to “history painting” and portraiture especially. Though they may be less about dignifying either the work or the sitter, rather they are part of their outfit.

Helmut Federle’s painting has never not been about portraiture. His paintings carry a poignancy and delicate humanity in their arrangement, their hushed tone and in the weight of ceremony that underpins their structure. I am not speaking to the notion of regime, so often confused with ceremony, rather the reverse. Federle’s painting practice is largely itinerant, its slowness a function of a commitment to reflection and an interior life that sublimates ego in favour of a more illuminating picture of humanity.

Cornerfield XXII banishes self-pride with its modesty and adjustment, denies flourish and autobiography in favour of humility and directness.

Ceara Metlikovec Indigo works continue her systemic investigations of the cadence of the body’s deeper rhythms. Beyond our pulse we have a deeper modulation and tempo. These inflections are as individuated as any aspect of our physiology. In a sense they measure us – an existential meter of our being. The sensuality and range that Ceara achieves with a vertical band of graphite has continued to astonish me. Pressure added and the surface deepens, held back and the mark is restrained and ghostly. These works are in a sense the most intimate portraits of our actuality.

If Metlikovec collects data on our deepest oscillation, then Gunter Umberg’s dense monochromes captures the very faintest signal. As hushed and apparently devoid of light as one can imagine, Umberg’s paintings gather the last grains of light and demand that we look with more than our eyes. Some years ago in an exhibition called Points of Orientation I exhibited a small Umberg next to a bronze Burmese Buddha. The distinct objects maintained a relentless game of mirroring. Having looked at the Buddha it would re-appear in the Umberg like a kind of retinal flash. It felt like a magical merging of form and spirit across the space. I had long regarded Umberg’s works as the most profound portraits but this mystical transference made my inkling more certain.

At first sight the notion of mirroring ought to be more direct in Matthew Allen’s intimate, graphite paintings. Like many of Umberg’s paintings, Allen’s works are little larger than a face. On approach these cool, tenebrous works behave like an ancient tarnished mirror. However, even at close range they refuse to consort. This dissent compels us to peer into and through the surface lured by the traces of light and form, any particles of recognition.

Geoff Thornley’s A3 comes from a marvellous period in this artist’s long and sophisticated career. In scale and proportion A3 feels like a portrait. Complete with its fine architectural border the work might be an abstract companion to Botticelli’s Portrait of a Lady (Smeralda Brandini). It subtle tonal range and translucency, its blush and anticipation have always suggested bodily intimacy. In Thornley’s work we often sense that we are looking through the dermal layers of skin complete with its remote vascularity and warmth.

Sculptor Sam Harrison has long been committed to exploring the human psyche through the sensitive description of the human form. He has made ink drawings and woodcuts; sculptures in plaster and bronze, that are acutely observed portraits. In Untitled (Self Portrait) Harrison, for the first time, veils his own face in a sculpture. To those who know Sam it remains unmistakably him – the edges and contours very much his own, but the work takes on a slew of newer disconcerting implications – from Veronica’s Veil to an executioner’s hood.

The concealing of the face is a dramatic act. Though some senses are diminished by the shroud others are heightened as one sense compensates for its companion’s loss. But it is the denial of vision, our primary sense that invites so much uncertainty. So much trust is placed in sight that without it we might begin to question our own veracity.

Winston Roeth is less a painter of colour than one of sensation. Like Knoebel, pigment is the currency of his work, though Roeth’s particular approach to material invests colour with supplementary attributes. Roeth’s colours have intonation and speed – they generate volume and form despite gesture being almost hidden entirely. Scarlet Portrait is inflamed with presence. The interior held in place by the cool border yet it presses and swells against the edges. This colour doesn’t just have personality, it has charisma and temper in equal measure. All of Roeth’s paintings, especially the border paintings “trigger the drift”, a kind of otherworldly experience that involves the whole body.

Jan Albers trained as a painter at the Dusseldorf Kunstakademie though from the earliest moment he realised that he was not going to be a painter in the orthodox sense. There would be no fine cedar stretchers nor carefully folded linen corners. Rather than offering pictorial space Albers objects sit out from the wall coming out to meet us. Their faceted forms caught happily between Judd and Picasso. Having dislocated the figure down into flat planes, Albers takes the Cubist paradigm and reverses it. Like metallic origami, these figures are folded crisply, visually expanding and so becoming much more than their material.

In 2016, I suggested Coen Young’s Study for a Mirror works played on our narcissistic urge to locate ourselves. He is acutely aware of our desire to find recognition and satisfaction in the embrace that reflection offers. By denying us that pleasure he reminds us of the transience of the image and the viewer. We are given little else but remnants, a faltering hologram. Given that paintings commonly felt obligation to describe or establish form, Young’s pursuit of its absence draws connections to the work of Günter Umberg. As different as the materiality of Young’s work is from Umberg’s, the manner in which they both seem to paint themselves out of the work in an attempt to express existence feels consequential.

Medici’s dictum rings true in this exhibition. The most proximate subject for an artist is oneself, but perhaps the most telling portraits don’t offer up reportage, they bypass illusion in search of allusion and in doing so make it clear that the most sensitive portraits don’t have a face. 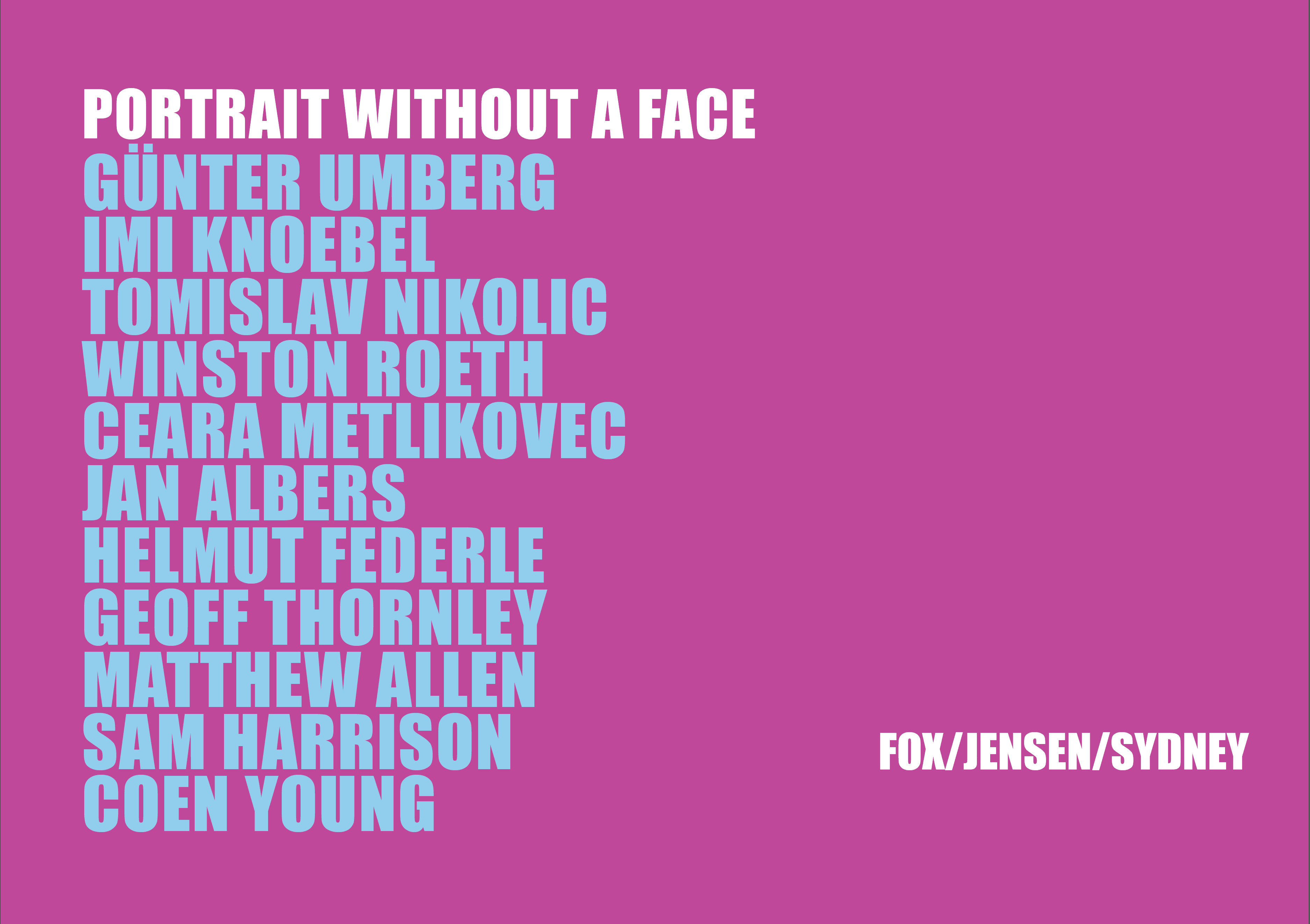 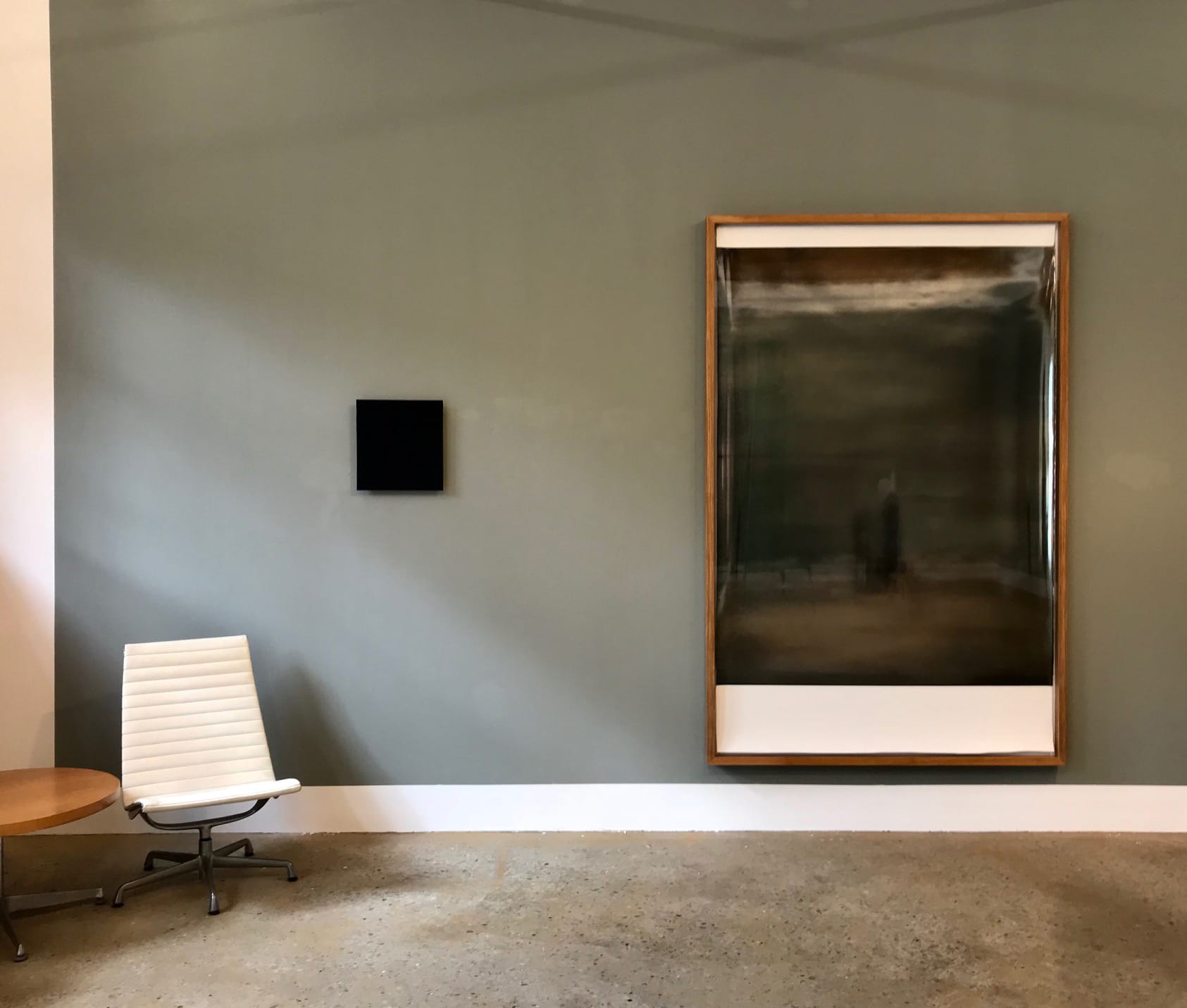 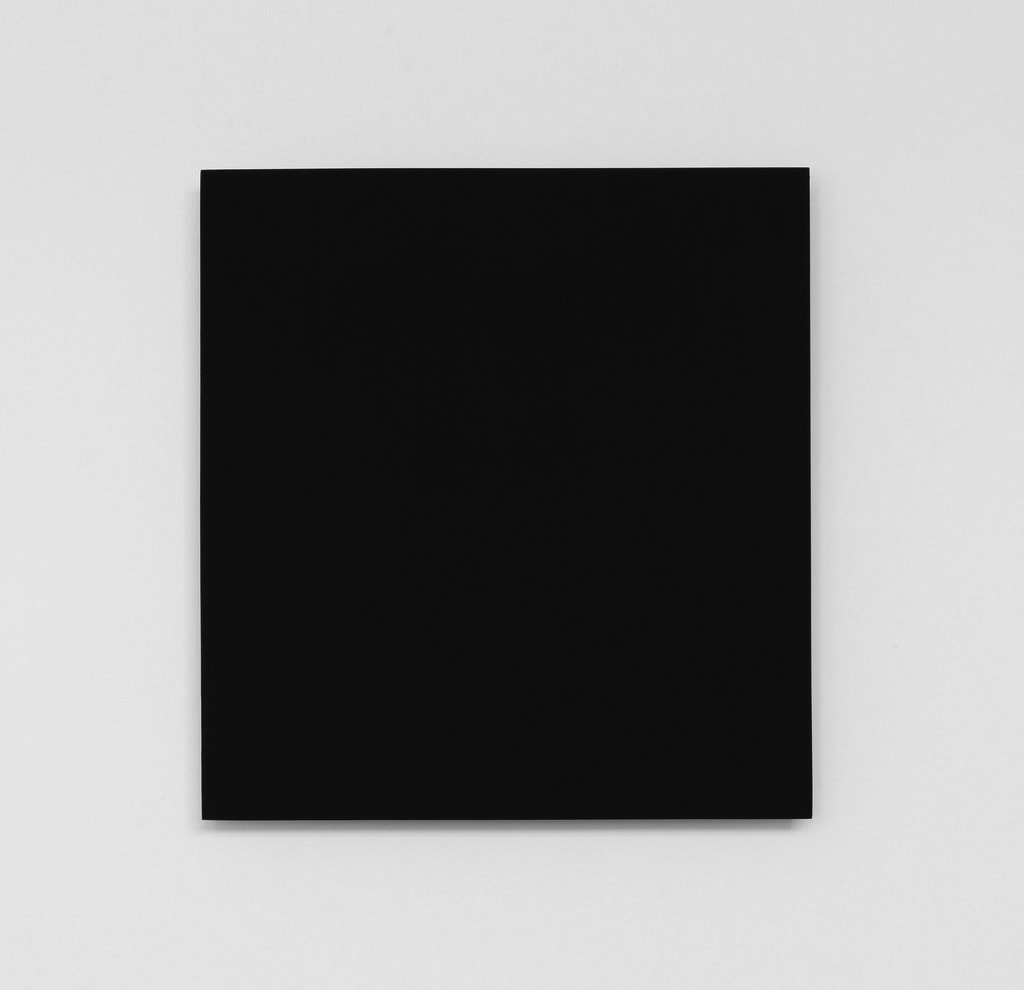 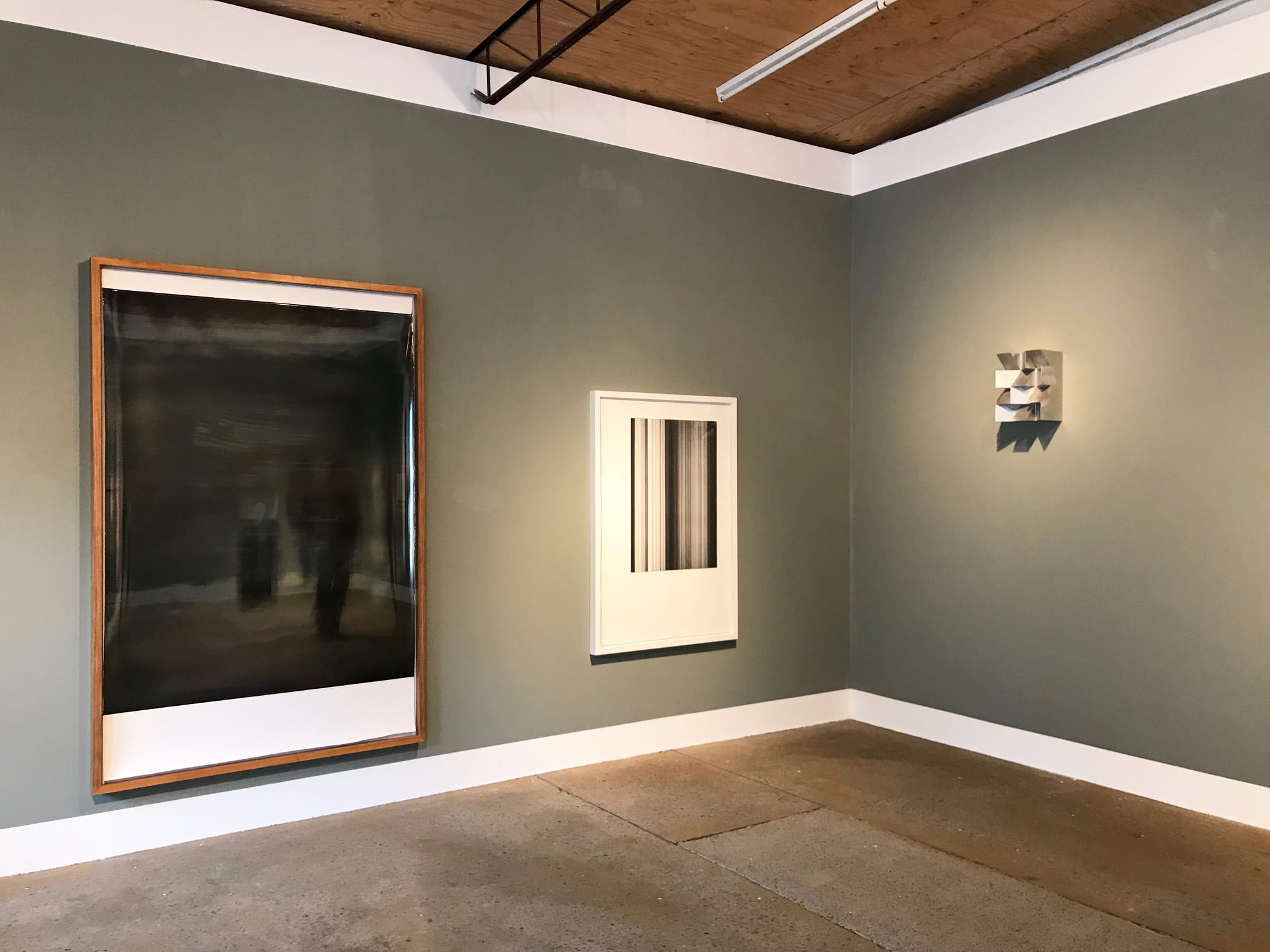 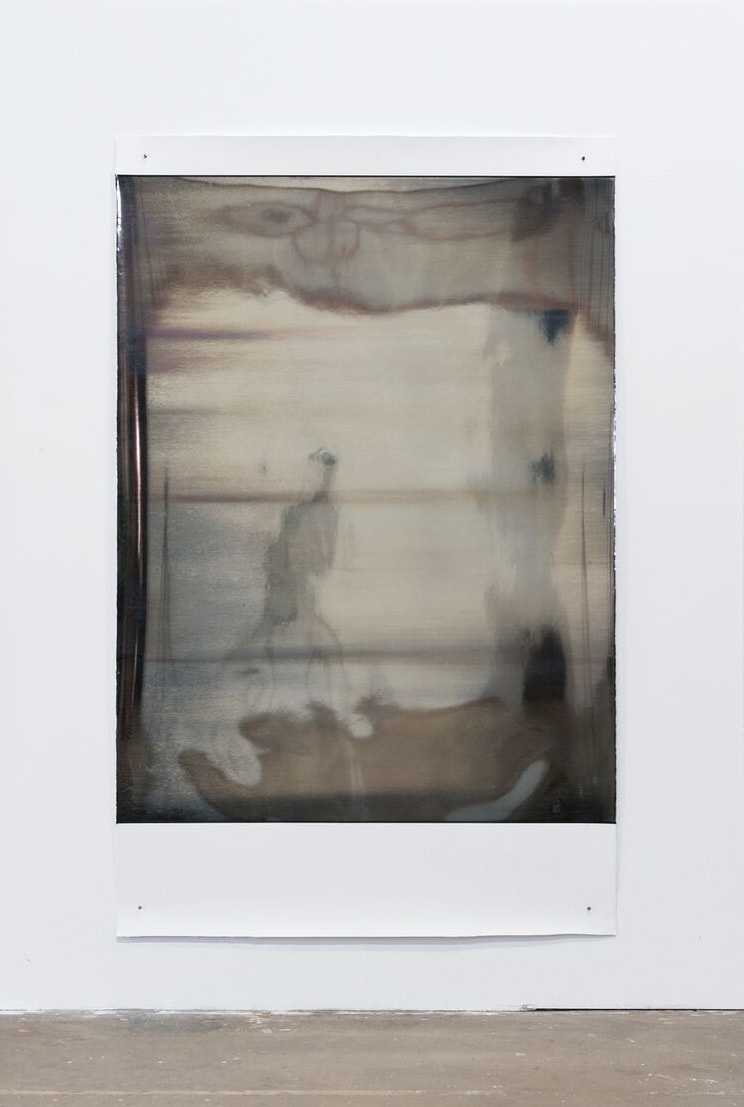 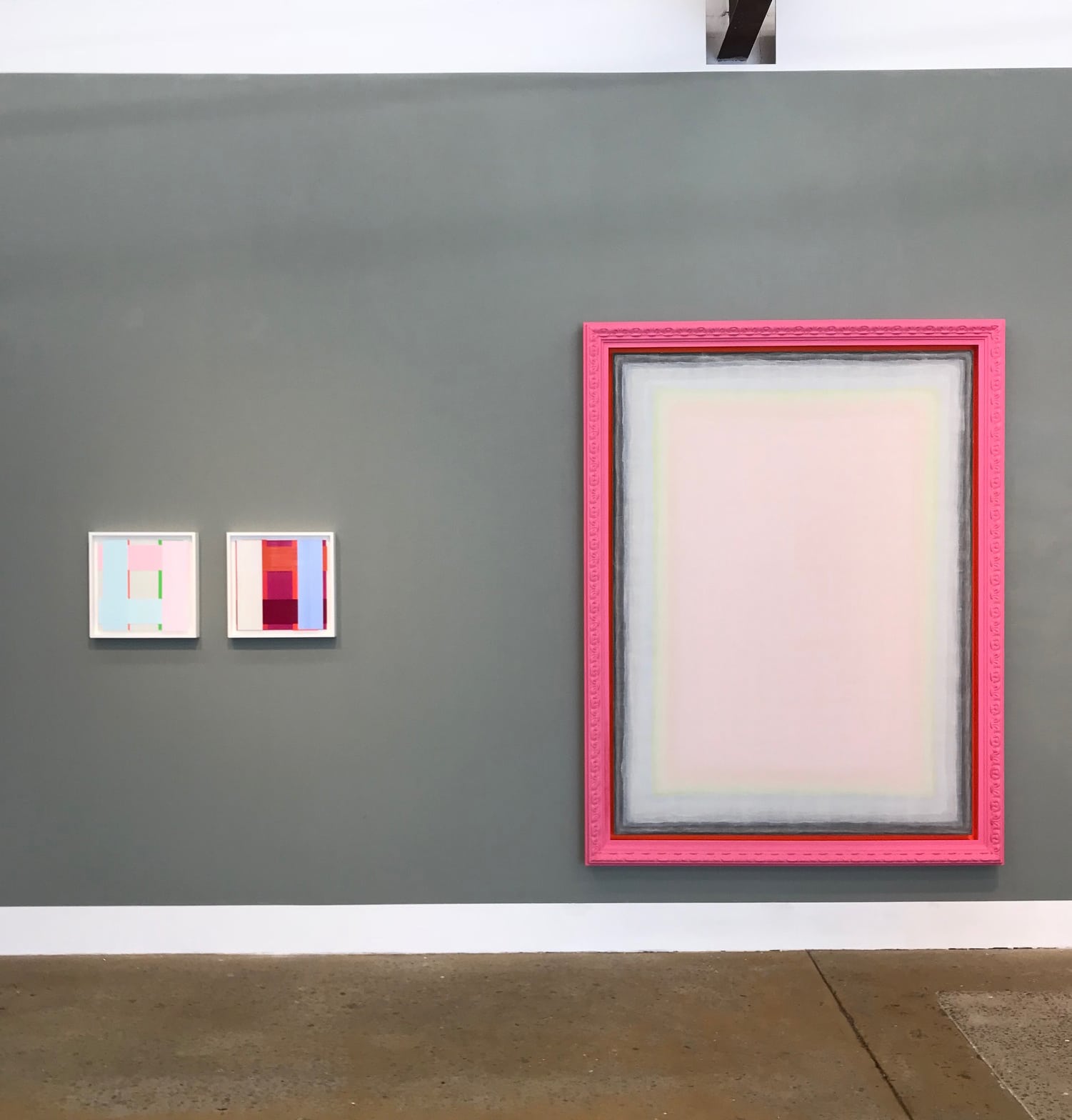 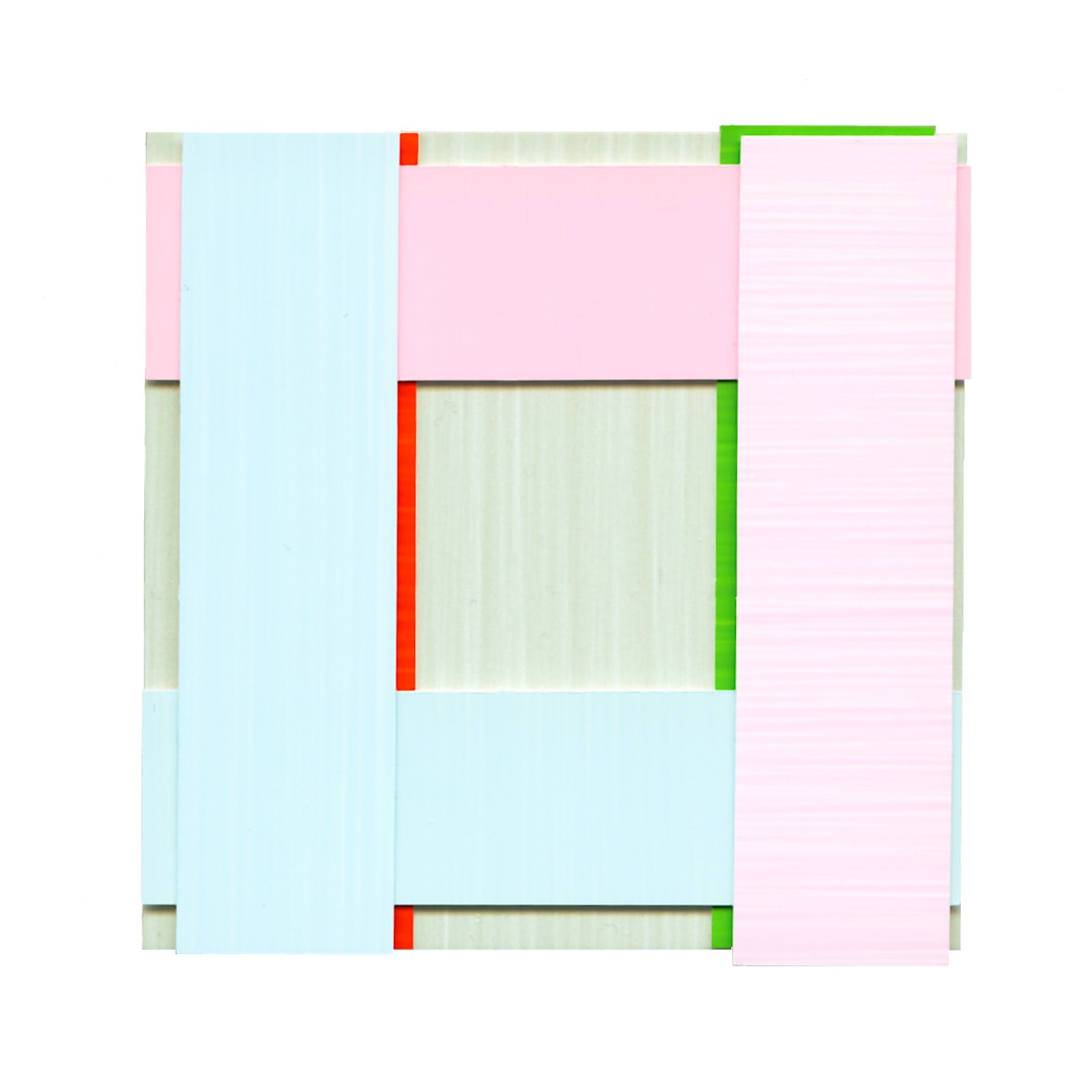 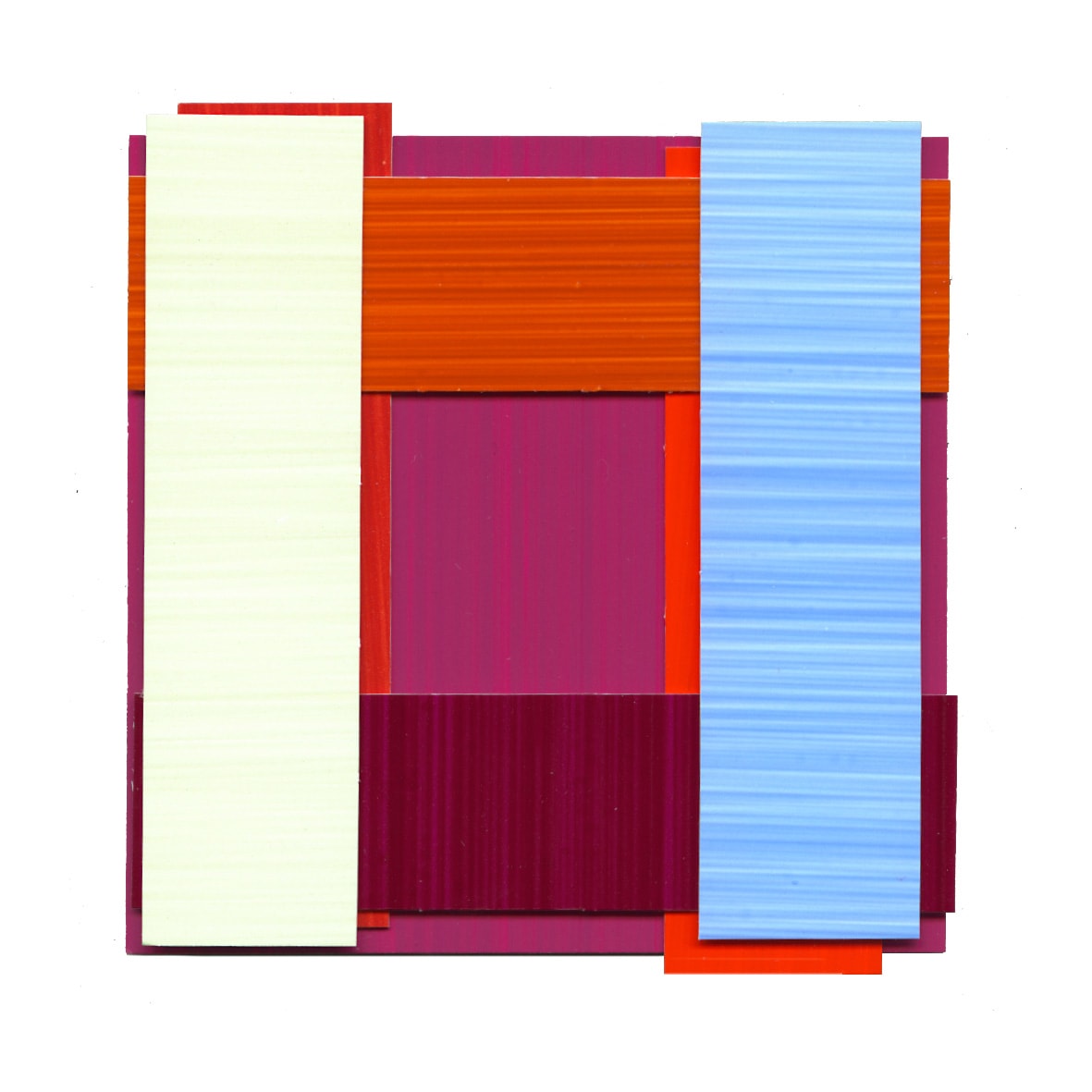 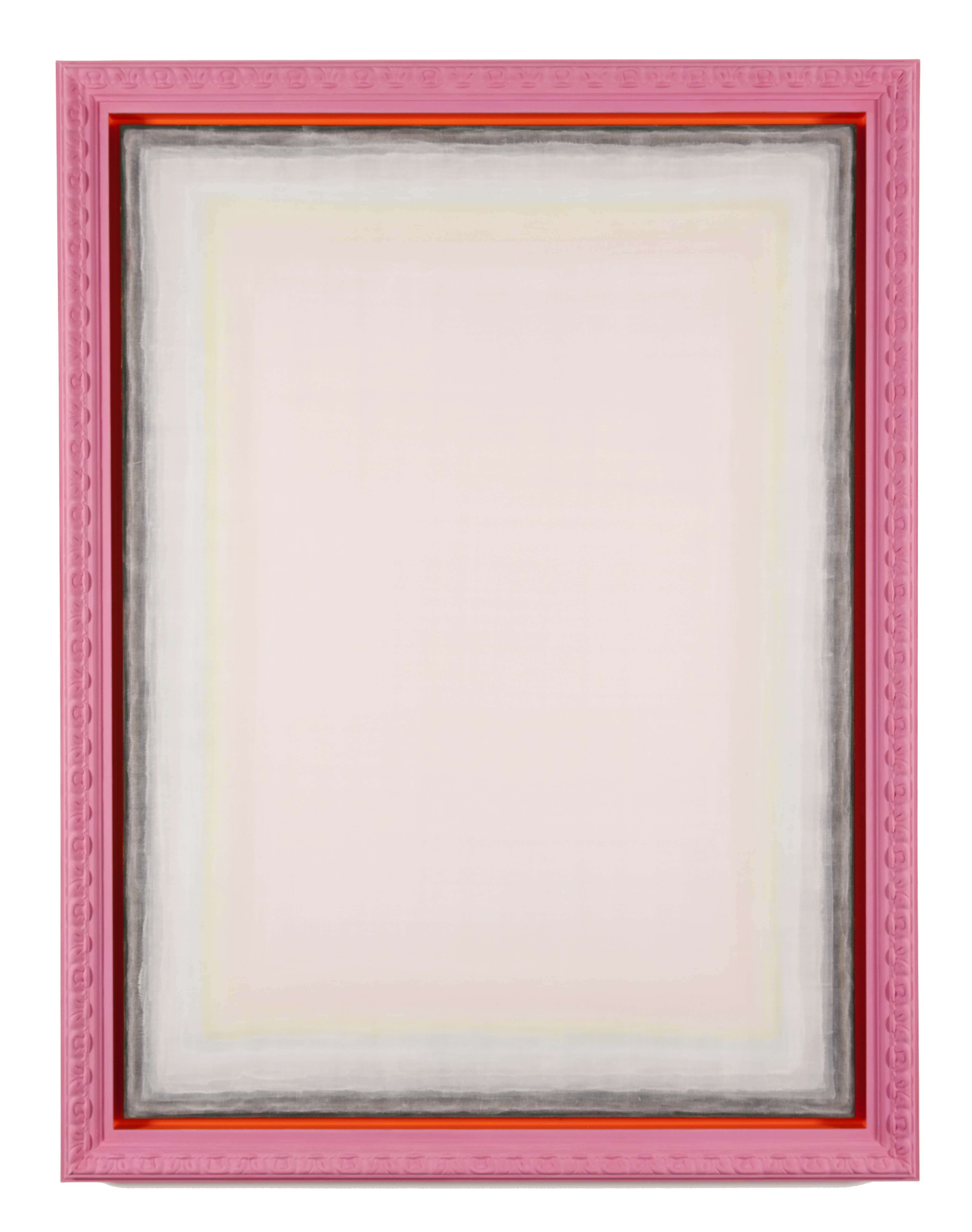 TOMISLAV NIKOLIC, and my future’s in the strangle hold of ever changing rules i don’t intend to understand, 2017 ACRYLIC, MARBLE DUST, 24CT GOLD LEAF ON CANVAS AND WOOD 215 x 165 x 11 CM 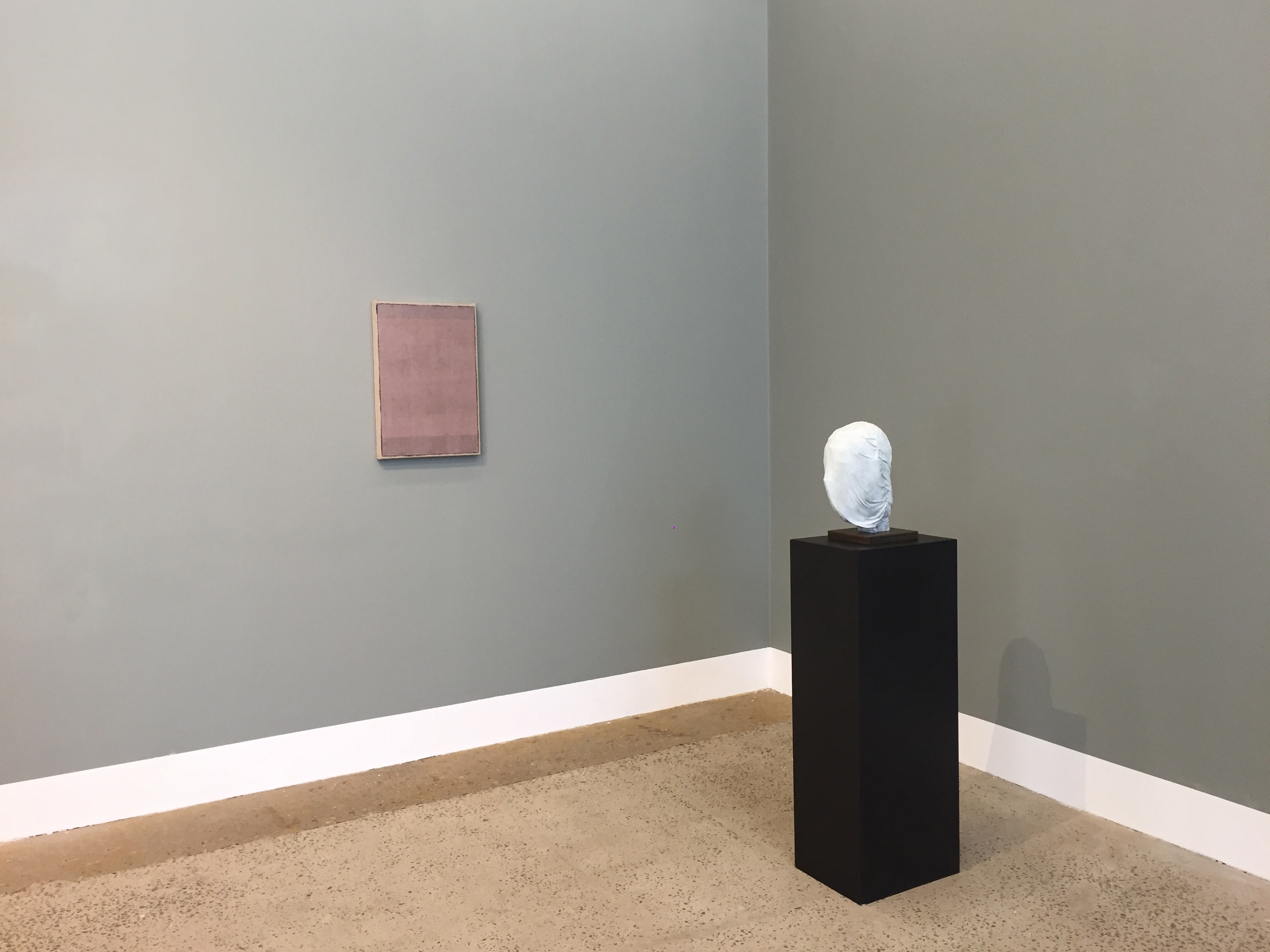 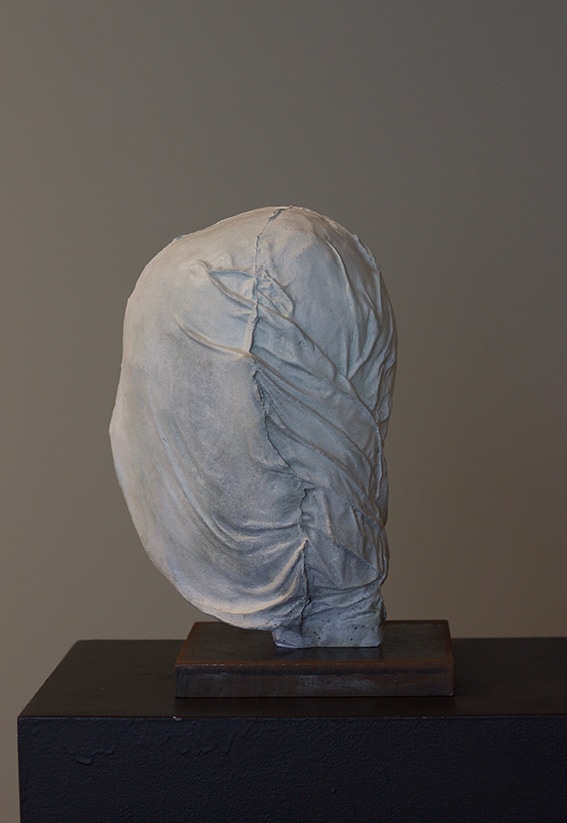 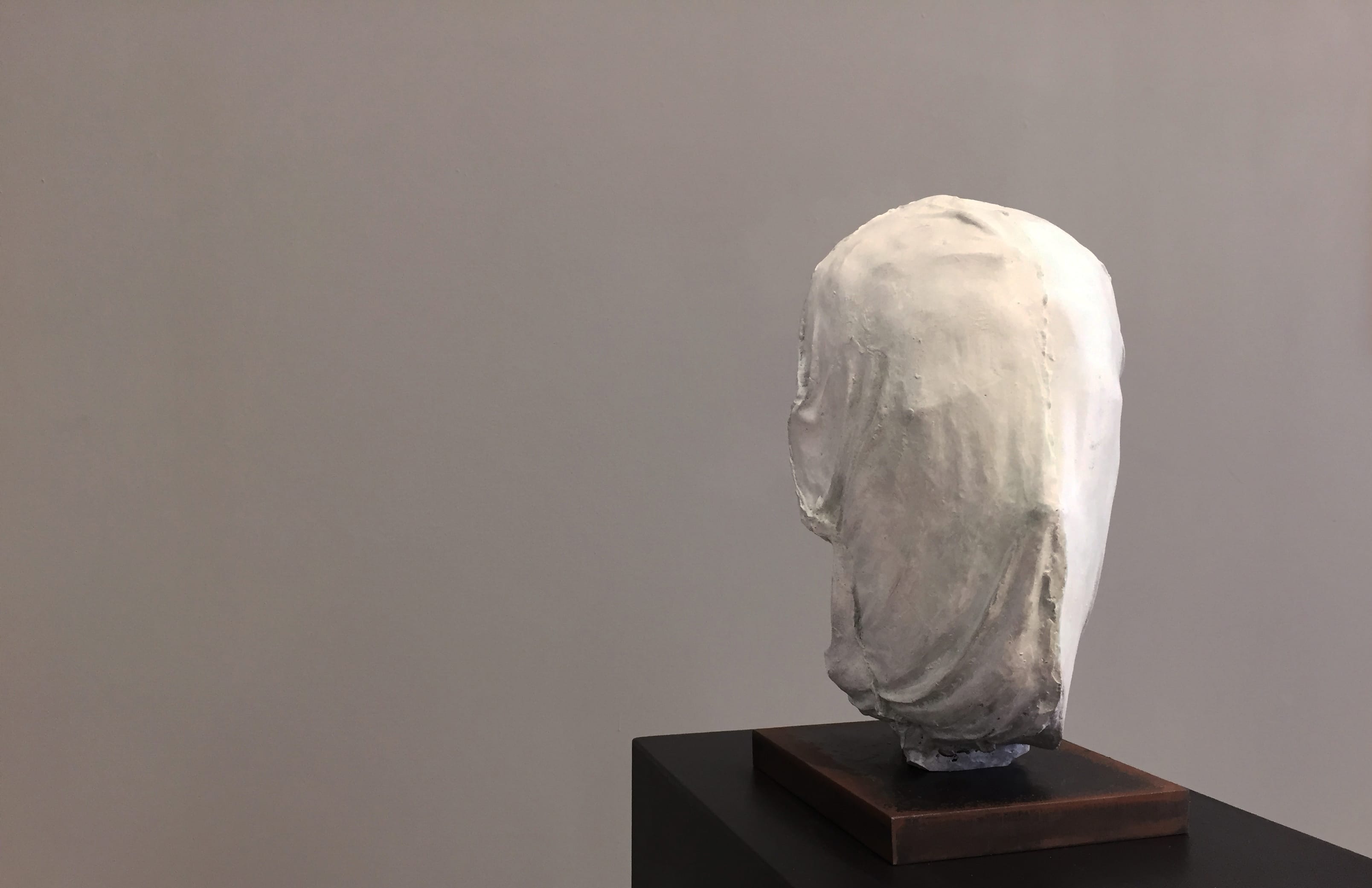 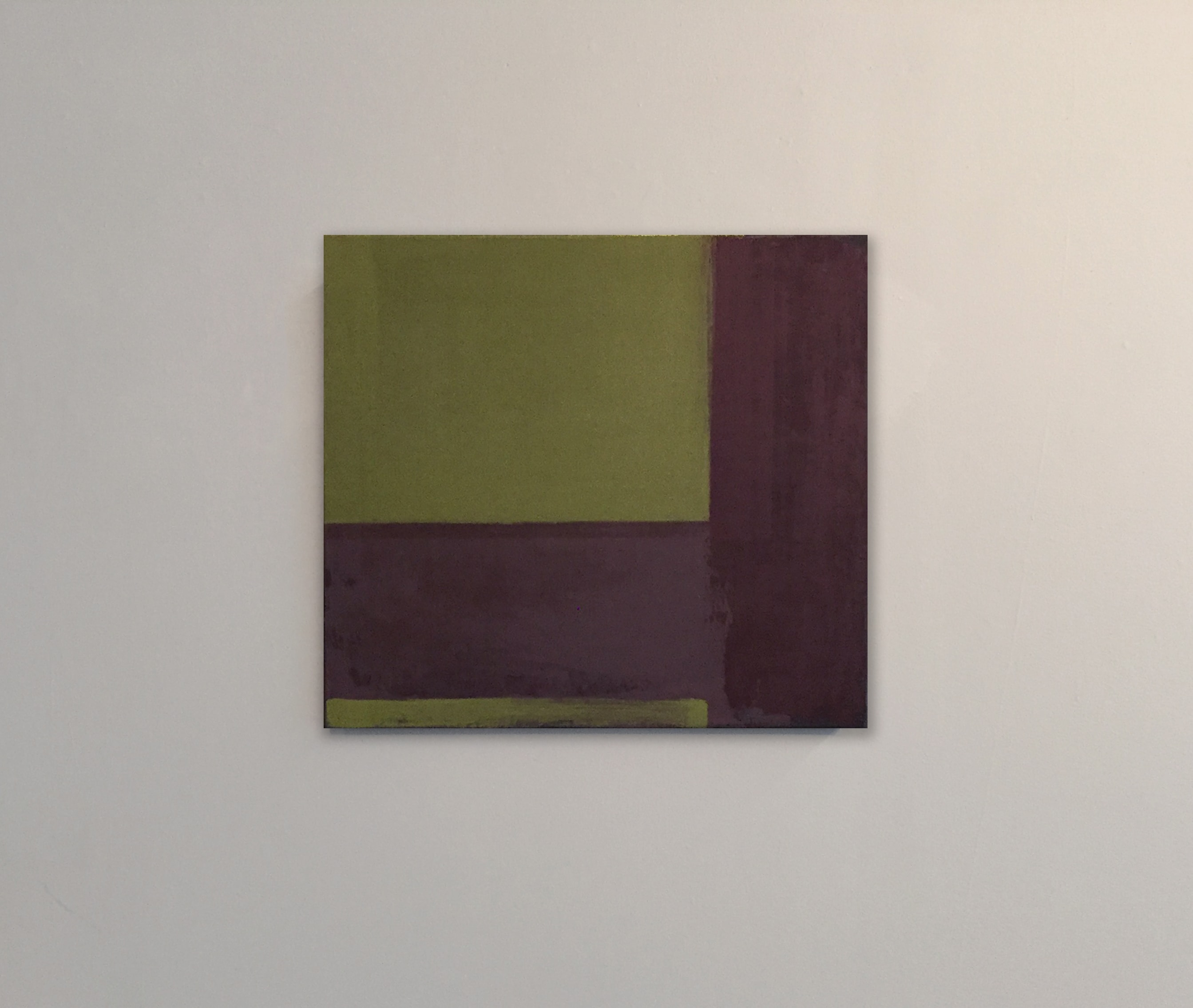