If Picasso had a digital camera….

The cubist dissection of the face and its radical reassembly along the flattened planes of the canvas opened the way for a new psychological intrusion into the psyche of the sitter. Picasso’s painting of Dora Maar, Buste de femme at chapeau (Dora) 1939 * with its kooky facial architecture, manages to reveal more of the sitters character than the most fastidious realism could possibly account for. And whilst Oursler’s work, with all of its theatre, humour and domestic voyuerism may seem a mile away from Picasso, Oursler’s extraordinary digital sculptures owe much to painting.

However it is Oursler’s ability to implicate the audience in the unfolding drama that so heightens our experience of the work. We are not viewing the work in a binary exchange between object and viewer but are made complicit in his poignant, human and occasionally unsavoury dramas.

As we do with Picasso, we forgive the reconstruction and become seduced by the admonitions, the pleading humanity, the brilliantly engaging babble filled with insight and lunacy, comedy and tragedy.

Fox Jensen is thrilled to present two emblematic works by Oursler. Blue is one of a small group of works made in 2006. It is a sister work to Blue You that is currently on loan to the Art Gallery of New South Wales, and this work shares its completely involving and compelling character.

On/Off is one of Oursler’s most distilled and extraordinary works. His talking light bulbs have been installed in museums and cities all over the world and show his capacity as a writer, performer and magician. The monologue touches on issues of surveillance and privacy, It is equal part Orwellian and Trumpian in its timely examination of data manipulation and unseen threats. 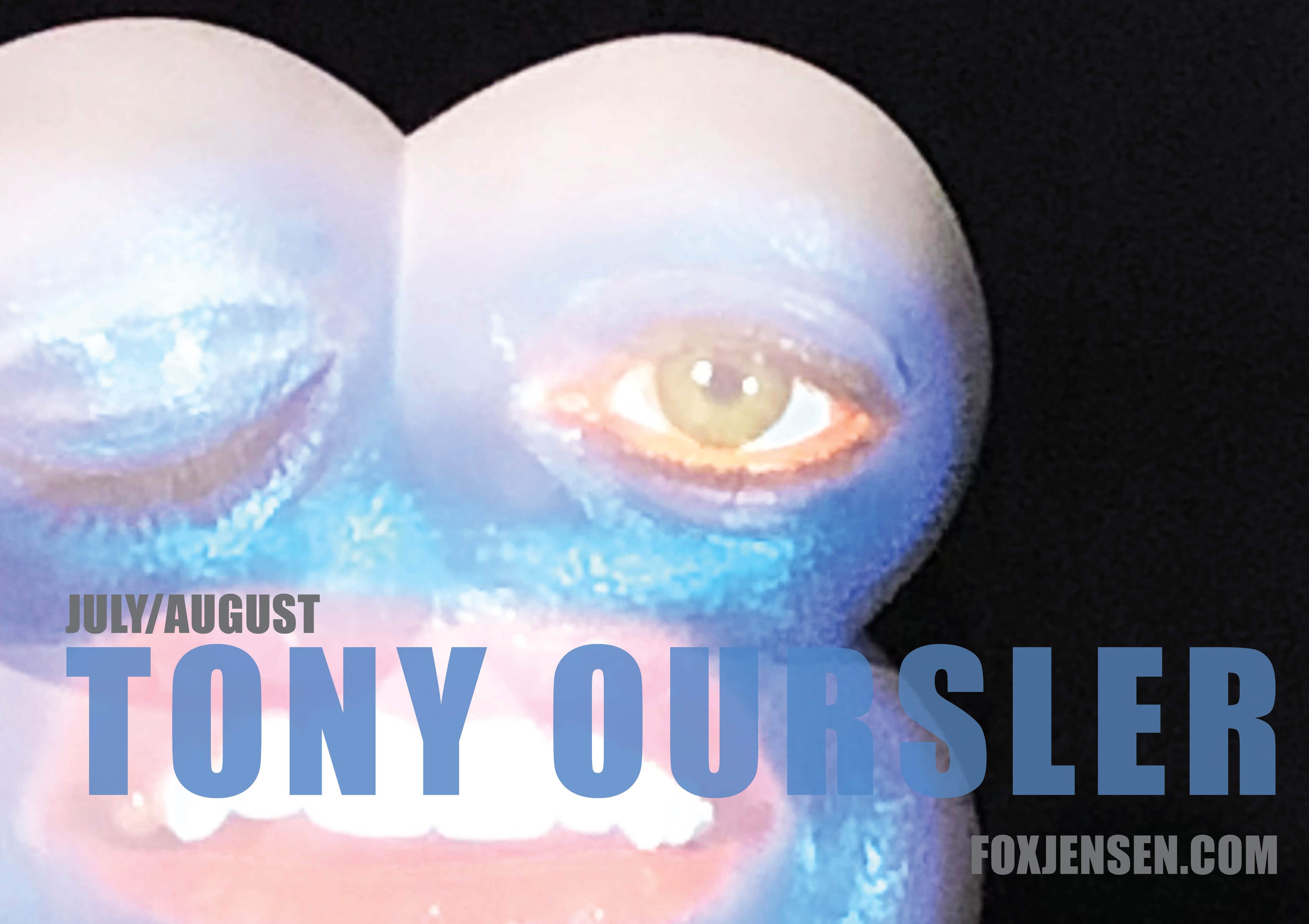 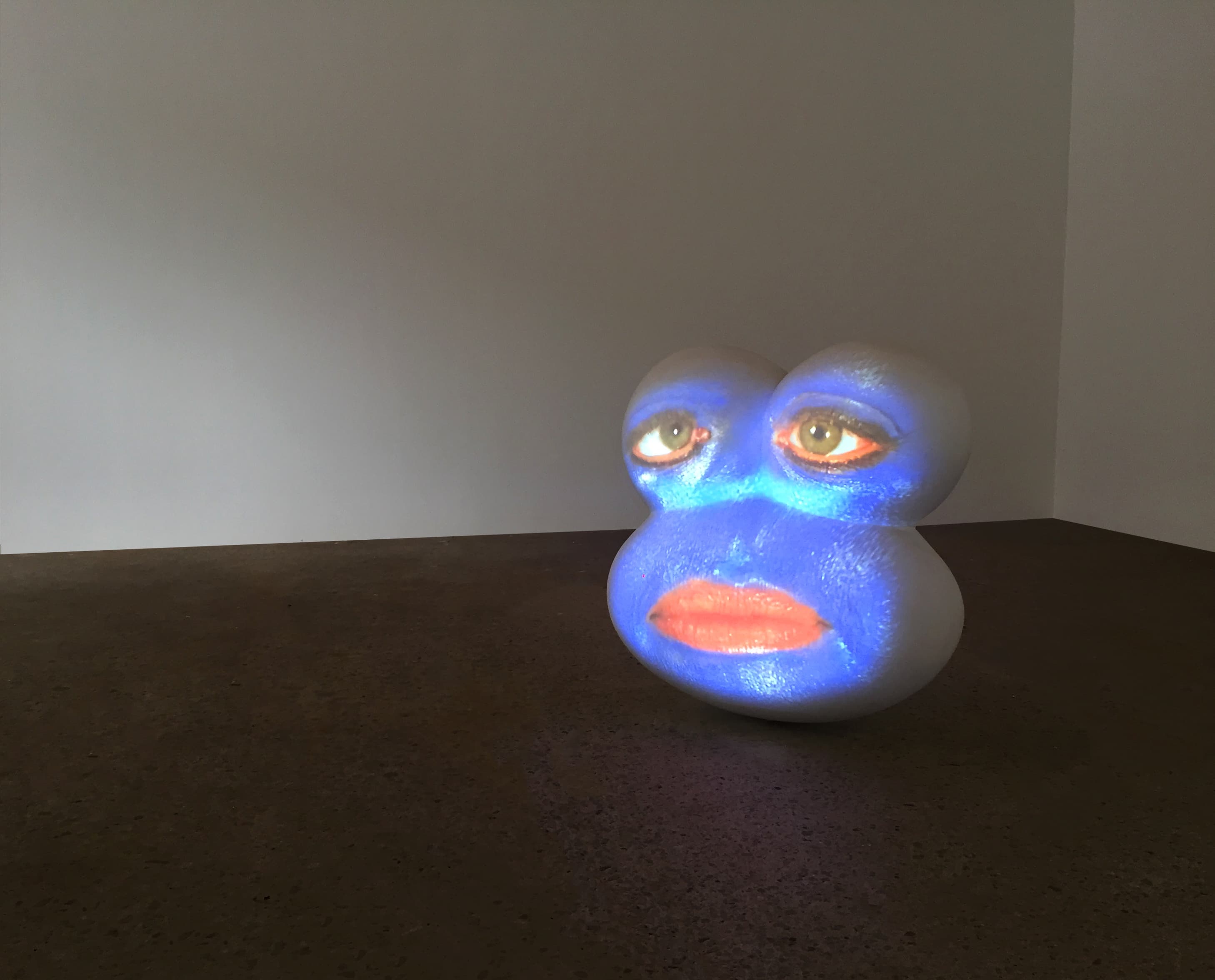 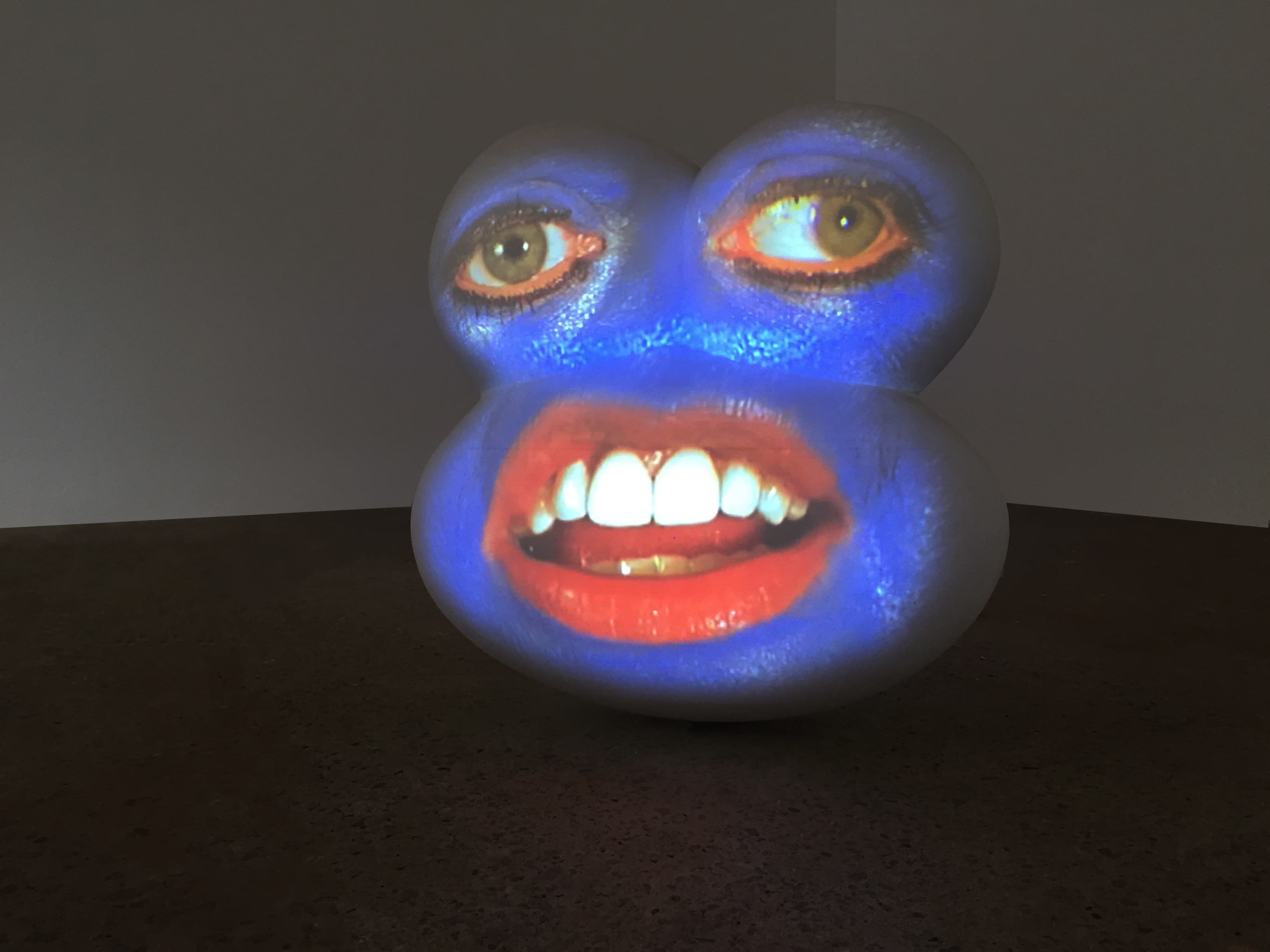 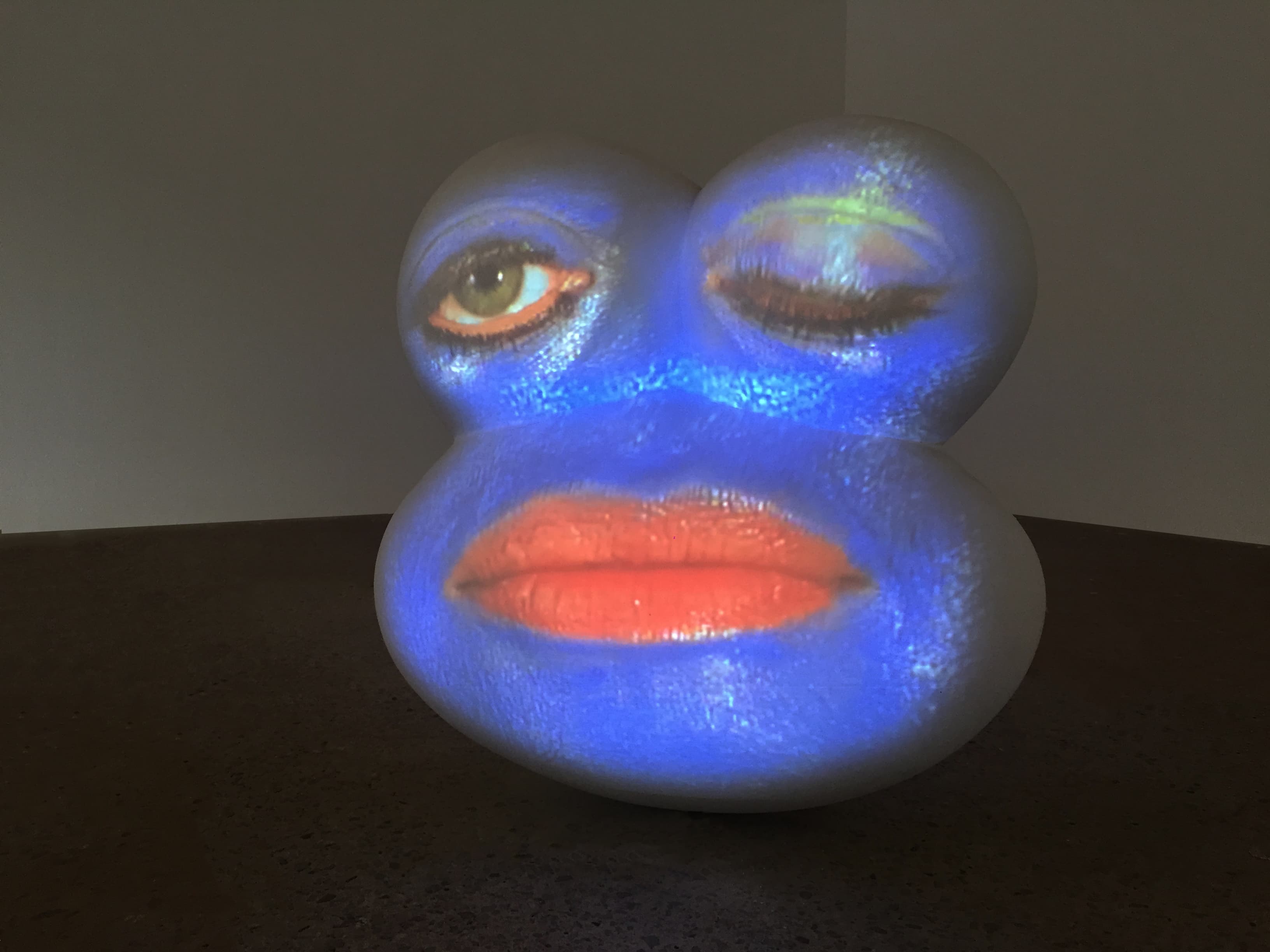 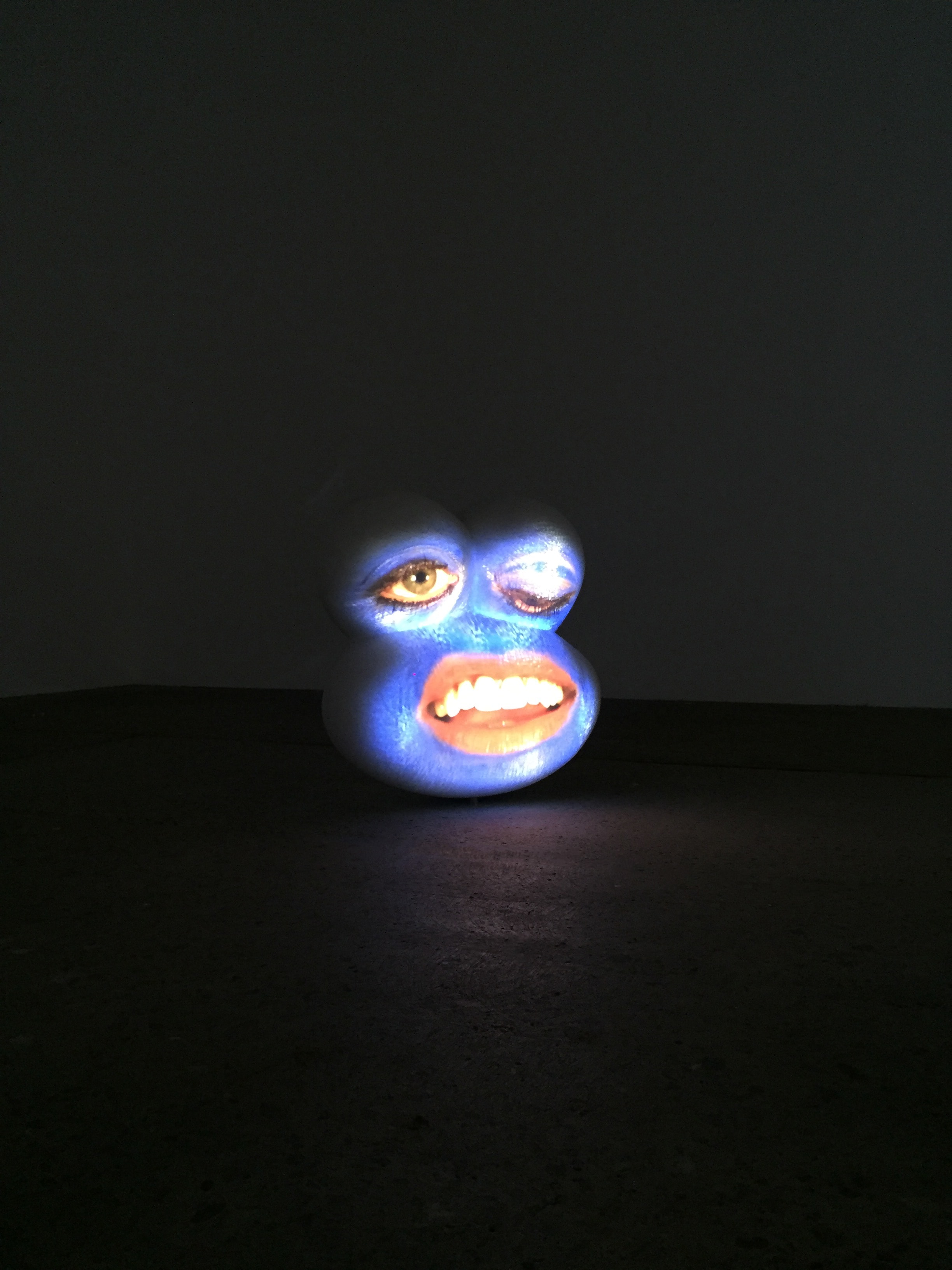 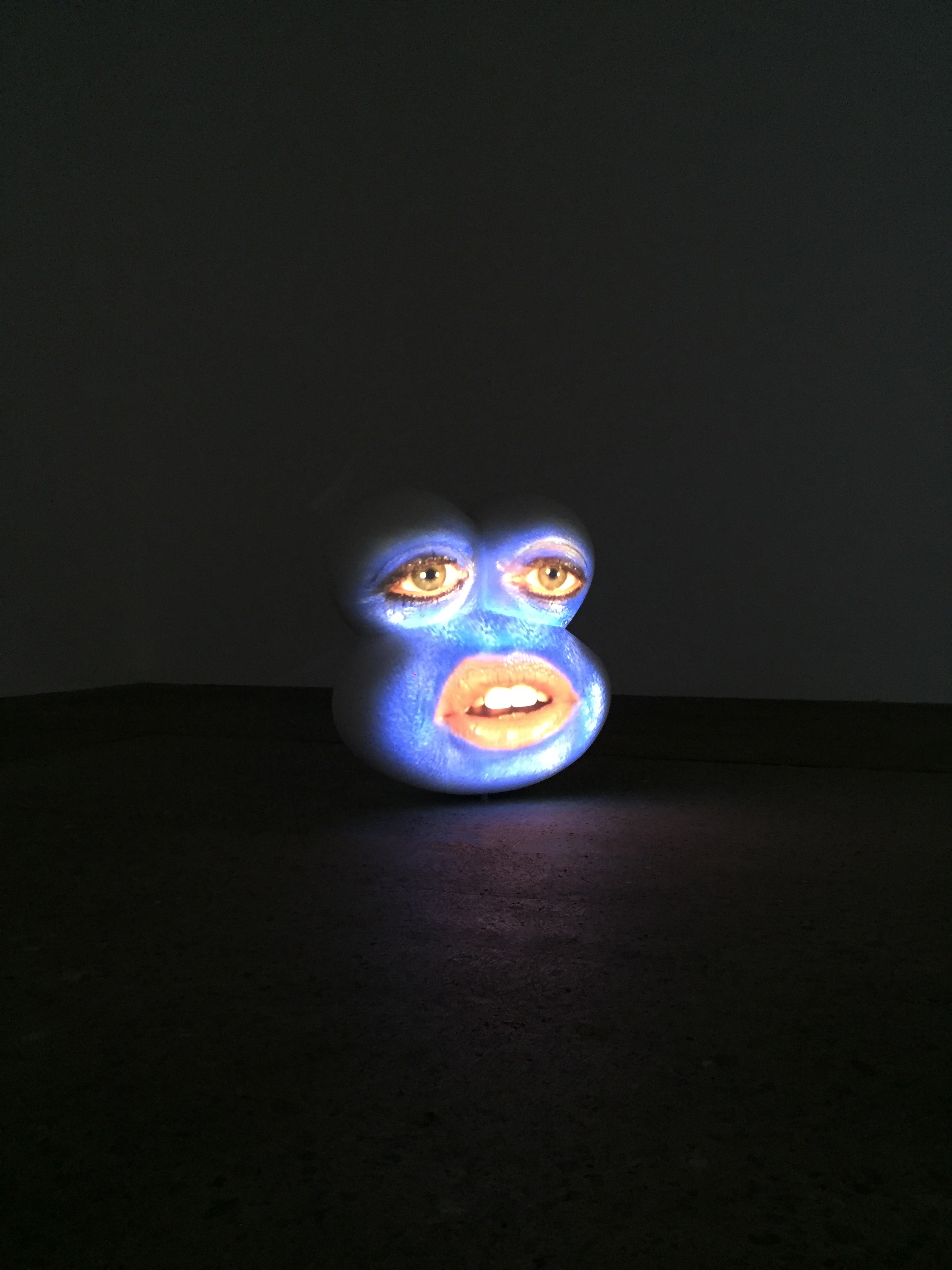